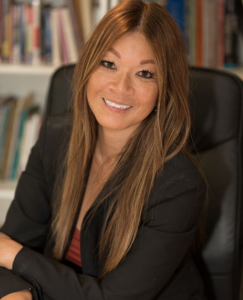 Gina Wong arrives to this deliberate and intentional equity, justice, and inclusivity work in solid stance against all forms of hate and racism for our BIPOC communities. She is fighting against anti-Asian racism with deep respect and profound awareness of the social and historic context of racism against Black, Indigenous, and other racialized minorities. Gina’s own experiences as a minoritized Asian woman compels her to this work. She has a strong personal desire to serve the Asian community and to raise awareness and garner pride in Asian heritage and culture.

Gina is a full professor and Registered Psychologist in Alberta. On the academic and clinical front, she specializes in reproductive mental health and publishes and presents nationally and internationally on related issues from feminist and cross-cultural perspectives. She has authored/edited four books: Counsellor Know Thyself: Growing Ourselves, Shaping our Professional Practice (Wong, 2010); Moms Gone Mad: Motherhood and Madness Oppression and Resistance (Wong, 2012), and Mothering in East Asian Communities: Politics and Practices (Duncan & Wong, 2014) and Infanticide and Filicide: Foundations in maternal mental health forensics (Wong & Parnham, 2021).

She has delivered keynote addresses and workshops on a variety of topics including the impact of anti-Asian racism on our communities. 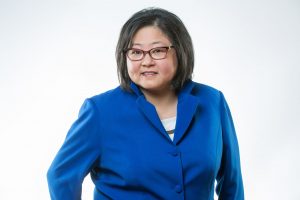 Sheila Wong emigrated to Canada from Hong Kong at the age of six with her parents and two older brothers. They landed in Calgary, Alberta where she started public school. At that time, it was expected of all immigrants to change their birth names to English names to make it easier for teachers to pronounce … this was her first introduction to public school in Canada. Her parents worked hard at creating an environment where she and her brothers would maintain the Chinese language and the culture, yet adopting the Canadian way of life. She felt privileged to be immersed in both cultures equally. In the present context of hate and racism against all peoples of color, she could not remain silent any longer, as Asians have been viciously attacked and blamed for the COVID-19 Pandemic. She has a strong belief that we need to stand in solidarity as one race, the human race, to speak out against injustice and violent acts in the name of hate. She stands proud as an Asian Canadian helping to raise awareness.

Sheila is the founding partner and Senior Vice President of BBW International Inc.,  a national event staffing company of thirty years. Until the pandemic, which shut down the entire live events industry, her company employed over 1500 people serving 1200 events annually. For most of 2020 to present, she has been working at rebuilding. Her company created the standards for the industry through training and continues to do so as they pivot to adjust for the new normal. In 2013, Sheila was inducted into the Hall of Fame by Meetings + Incentive Travel Magazine for Volunteerism and won the Meeting Professionals International Toronto Literary Award. In 2016, she was inducted into the Canadian Association of Exposition Management Hall of Fame and named 2016 Industry Influencer in the Toronto Chapter of Meeting Professionals International. Most recently she received recognition by the Customer Service Professionals Network as the 2018 Entrepreneur of the Year for Women In Leadership and the 2020 President’s Award of the Professional Conference Managers Association Canada East Chapter (PCMA). She is currently serving as the President of PCMA Canada East.

Justin Chau is a second-generation Chinese Canadian born and raised in London, Ontario, Canada. Growing up in a predominantly white neighbourhood, Justin is no stranger to being one of a handful of people of colour throughout his educational and extra-curricular journey. Having experienced teaching internationally overseas in Hong Kong, Justin began feeling empowered with #AsianPride. Witnessing the work ethic and culture only provided more opportunities to embrace his understanding of being Chinese Canadian and gratitude towards his raised Western values. His advocacy work towards diversity, inclusion, equity and justice is ingrained in his teaching pedagogy as a seasoned Ontario certified teacher.

Justin has worked in publicly funded, private, international, and independent school systems within the junior to intermediate grade divisions. He is experienced as a classroom teacher, subject specialist teacher, and holds a Professional Masters of Education from Queens University. As a Health and Physical Education teacher, Justin strives to teach children and youth to develop their physical literacy, including a more robust mental health foundation. His work profile involves developing and providing curriculum resources supporting diversity, inclusion, and belonging; and work to empower his colleagues and students to adopt a pluralistic view for a better future for all people. Whether embracing Indigenous athletic challenges to celebrating woman trailblazers in sport, Justin understands the boundless opportunities within education to influence solidarity. He currently provides additional leadership opportunities for his students to get involved in sensitive topics to promote awareness within their school community. 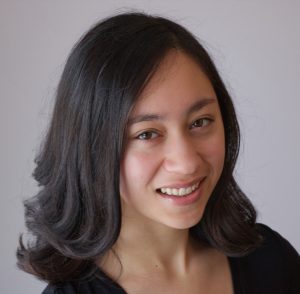 Emma Yee is a high school student and actor, singer, and dancer hailing from Treaty 6 territory. She is a proud Asian woman who believes strong communities are both inclusive and diverse, and she is honoured to be a part of the Asian Gold Ribbon Initiative. As a self-described extrovert, Emma enjoys meeting and connecting with others, making her a great fit with this campaign. In her free time, Emma enjoys reading books written by authors of diverse backgrounds and exploring the intersection between heritage and community. 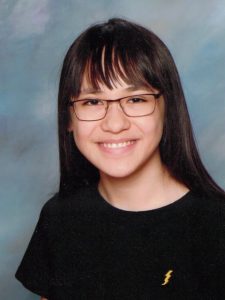 Aria is very excited to be a part of this campaign to develop a deeper connection to her Chinese roots and to support the Asian communities in her city and across Canada. Born and raised in North Vancouver, Aria is a high school student who loves math, painting, and playing the piano. She is connected to her community through helping students as a Kumon Assistant and helping families in need by selling her artwork through her annual Christmas fundraiser. 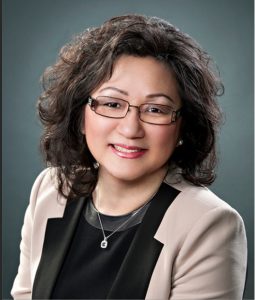 Teresa is a tireless advocate for diversity, social inclusion and active civic participation. She is known for her ability in bringing diverse people together for joint efforts, break new grounds and create impact. She is the first Asian Canadian woman elected to the Calgary Board of Education (1995-2000), the Alberta Legislature, and Cabinet Minister in Alberta (2008-2015).

Teresa firmly aligns with the vision of the Asian Gold Ribbon campaign and is pleased to be an Ambassador. She holds a Bachelor of Arts degree in social work from the University of Calgary. She conducted anti-discrimination training with the United Way of Calgary in the 1990s. She founded and built eight non-profit entities over a span of 40 plus years including the ACCT Foundation & Asian Canadians Together-ACT2EndRacism National Network; Asian Heritage Foundation, the Ethnocultural Council of Calgary (Action Dignity) and the Calgary Chinese Community Service Association. Her reach spans nearly 100 organizations in Canada.

Teresa was appointed as Chair of the Canadian Race Relations Foundation by the Governor in Council in 2018 and is currently Chair of ACCT Foundation. Among countless programs, she is Convener of ACT2EndRacism Network; Co-Chair of Asian Heritage Foundation; and City of Calgary-Tomorrow’s Chinatown. Teresa loves the arts, gardening, travelling and spending time with her grandchildren. 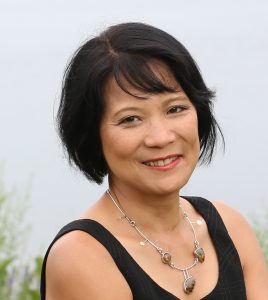 Olivia was born in Hong Kong and immigrated to Toronto, Canada with her family in 1970. Throughout her career, Olivia has been at the forefront advocating for social justice particularly for girls and women. She has reached across party lines and travelled across the country, forging alliances with municipal and provincial leaders, business and advocacy groups. Outside the political sphere, Olivia is known as a tireless spokesperson, fundraiser and champion of numerous charities such as the Centre for Victims of Torture, Asian Community AIDS Service, Culture Link and organizations helping those with cancer. Olivia’s career has been all about creating lasting change.For over 20 years, she was at the forefront of the ultimately successful campaign to achieve a national apology and redress for the discriminatory “Chinese Head Tax”.

Olivia experienced anti-Asian racism when running for the Toronto mayorship where a shocking cartoon was published by the Toronto Sun. The caricature shows her inexplicably garbed in a Chinese Communist outfit and with distinctly slanted eyes. This cartoon is as racist as it is insensitive. This is just one of many reasons for believing in the AGR campaign.

For over thirty years, Olivia Chow has been an effective and well-known public figure, serving in Toronto’s municipal politics and on the national stage as a Canadian Member of Parliament. In 1991, Olivia became the first Asian-born woman elected as a Metro Toronto Councillor and was re-elected to city council five times, serving with distinction for 14 years. After her time in municipal politics, Olivia was first elected to Parliament in 2006 and won re-election twice. 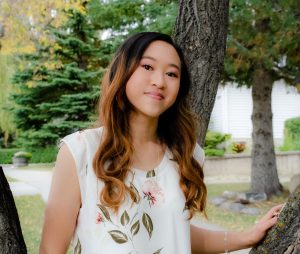 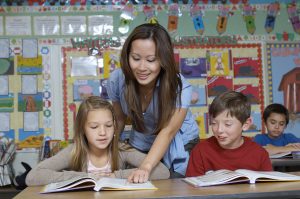